Taking the advantages of registered stripes even further, KINEGRAM® foils can be applied over window areas in banknotes. Window security features were first discussed in the 1990s, when KURZ pioneered work on a KINEGRAM® stripe that would be applied over a window aperture and become visible in transmitted light. Read more about the history of stripes over windows here. Or keep reading about our special security recommendations for paper and polymer banknotes in the following section.

Extremely difficult to counterfeit or copy

Chosen by the European Central Bank to secure the euro banknotes

Stripe Over Window for Paper Banknotes:

Well-known paper banknotes such as the high denomination euro banknotes trust in KURZ. Windows in paper banknotes are especially suitable for using our KINEGRAM COLORS® or KINEGRAM REVIEW® technology, as the window allows viewing of different foil designs on the front and back of the banknote (e.g., different colors or even different designs). Two-sided security features, which become possible with window security solutions, especially with diffractive KINEGRAM® stripes, raise banknote security to the next level. 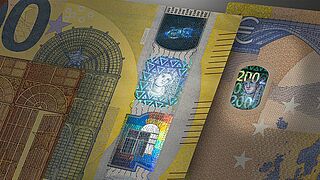 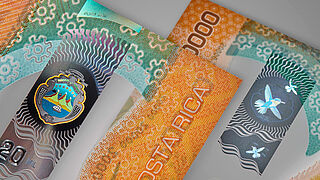 And for Polymer Banknotes:

As the number of issued polymer banknotes is rising, KURZ is your trusted and experienced partner for bringing your new two-sided banknote features to life. Especially transparent areas in polymer banknotes such as the new English Pound or the Canadian Dollar are proof of the KINEGRAM® success story. It is worth noting that all industrially produced banknote series on polymer substrates use KINEGRAM® features by KURZ, in both patch and registered stripe formats.

The most notable element of KINEGRAM REVIEW® stripes applied over windows is the possibility to create three different optically variable effects, one each on the front and the back of the note in reflection, and an additional security effect in the window, which can be seen in transmission. The foil thus also acts as a transparent banknote feature in the window area and allows complete front-to-back verification. The see-through security feature in the window area lends itself particularly well for design integration with other see-through elements of the banknote, such as the watermark.

In the early 2000s a project was started to further innovate the new foil-over-window technology, and KURZ also developed a new rotary foil application machine model, the MHS-840, which is nowadays in use at many European banknote paper suppliers for application of diffractive stripes to banknote substrate.

A major breakthrough for window banknotes occurred in 2011 with the Bank of Canada’s 'Frontier' polymer series, which featured a KINEGRAM ZERO.ZERO® stripe over window.

At the end of 2015, two further milestones were passed in the area of high-security foils for banknote windows, with the new 'Brighter Money' series in New Zealand, equipped with a KINEGRAM ZERO.ZERO® patch, and the first denomination of the new euro banknotes, which is prominently secured with a KINEGRAM REVIEW® stripe over window. 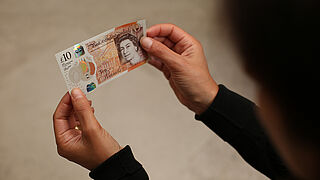 In 2016 the world first windowed banknote with KINEGRAM COLORS® was issued by the Bank of England. By 2021 the entire banknote series was updated with beautifully designed KINEGRAM COLORS® registered stripes applied over see-through windows in the polymer substrate. 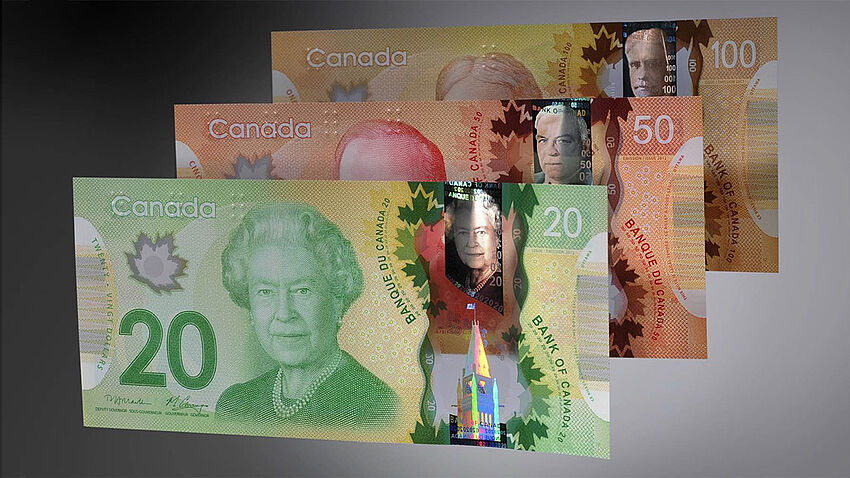 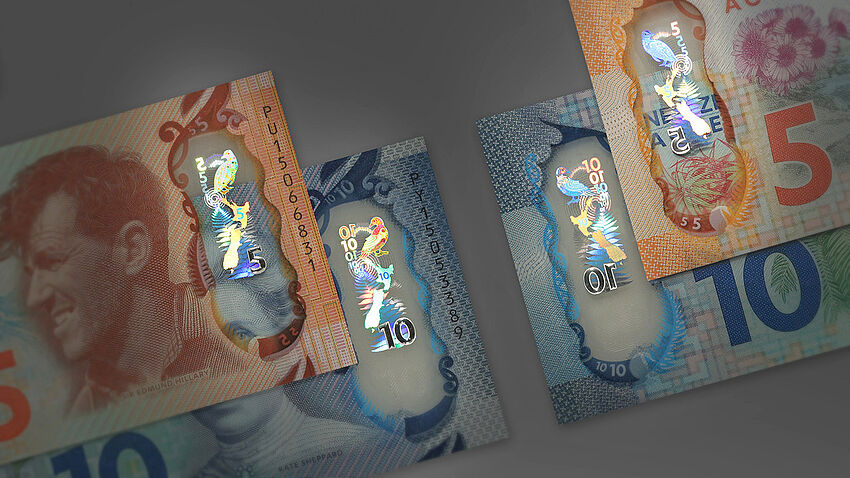 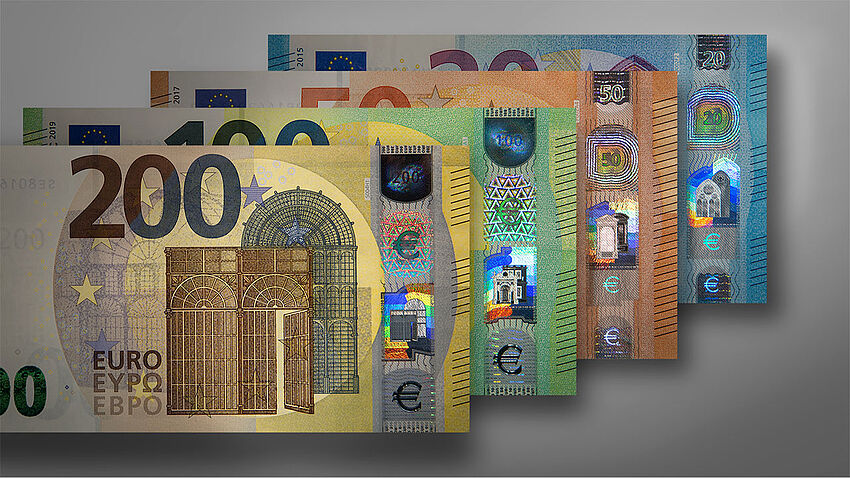 Are you searching for more samples with a KURZ stripe over windows? Follow up here to see more of our impressive references. For further information, please get in touch with us!